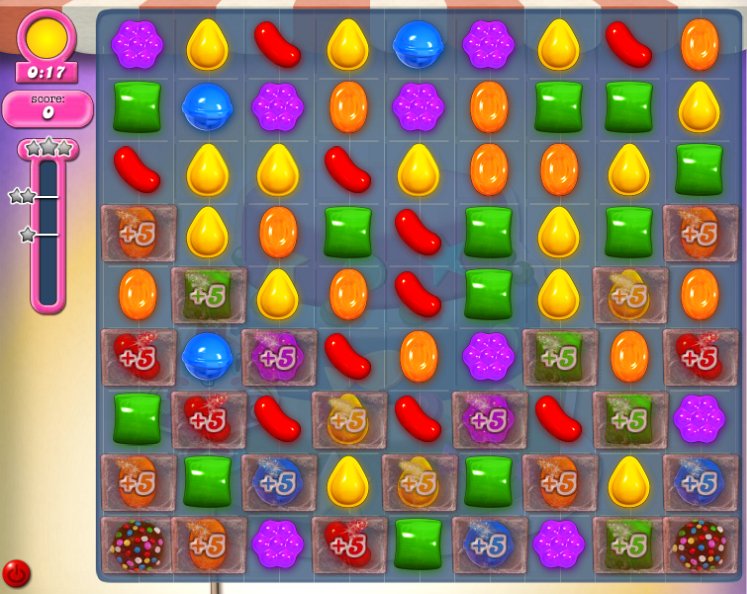 These Candy Crush Level 211 cheats will help you beat level 211 on Candy Crush Saga easily. Candy Crush level 211 is the eleventh level in Sweet Surprise and the 23rd timed level. To beat this level, you must score at least 30,000 points within 17 seconds. You have 6 candy colors and 81 available spaces. You can get a maximum of 60,000 points.

Strategy: Do not panic. Even there are a very few seconds of time given in this level, there are a lot of extra time candies to extend the time. Aim to reveal the color bombs in the corners. The color bombs would provide enough points to pass this level. The extra time candies used to turn into wrapped candies during Sugar Crush. However, after the late-April update, it will no longer explode and free up the other candies, including the color bombs in marmalade on the web. Even after the update, this level is very easy.

No difficulties are encountered while playing this level. However, due to the time limit of 17 seconds, it may cause some players to worry or panic. Even then, the player is given 21 extra time candies to extend the time, and also two color bombs to sharply boost the score. This level is most easily played if done in a mobile device. All you have to do is to dislodge some of the marmalade. It is still possible to fail this level, and there are four reasons why. First, if you do not make any move. Second, there are only 17 seconds. Third, if you do not clear any extra time candies out of marmalade. Fourth, six colors make it hard to create special candies. The player is required to earn at least 1,780 points per second.

Here are the cheats and tips on how to beat Candy Crush level 211:

1The marmalade in this level is trapping some serious goodies, so try to keep your moves as close to the marmalade as possible. You only have 17 seconds, so you really want to unblock the time bonuses. Work through the marmalade all the way to the bottom corners so you can unblock the color bombs.

2You only have 17 seconds to start, so you’ll need to collect those time bonuses. As soon as a time bonus is cleared, try to match it. You don’t want to waste all your time just clearing the marmalade. Try to free and use the color bombs before the time runs out! They will help you reach the score requirement.

3Try to sneak in a few moves that will create specials!. When you free the color bombs, see if you can combine them with another special candy. This will help you reach your goal in no time. There’s no move limit, so make as many moves that will make specials as you have time for. The more specials, the more you can clear and the more points you’ll get.