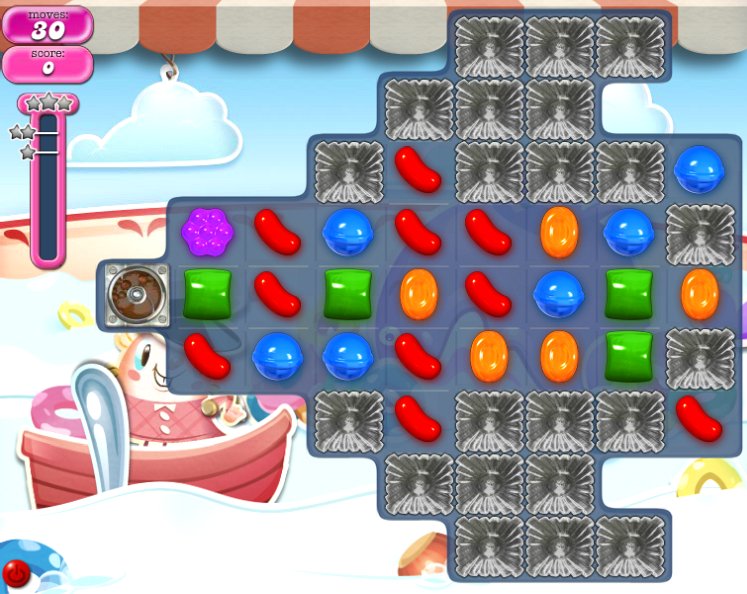 These Candy Crush Level 613 cheats will help you beat level 613 on Candy Crush Saga easily. Candy Crush level 613 is the eighth level in Cereal Sea and the 17th moves level. To beat this level, you must score at least 24,000 points in 30 moves. You have 5 candy colors and 49 available spaces. You can get a maximum of 32,000 points.

Strategy: Break through the icing, and make as many special candies as you can. Plus, fend off the chocolate so that it cannot hinder you even further.

The icing at the top will definitely make creating combinations difficult until the player clears them. Furthermore, the areas with two single-layered icing will prevent flow of candies, so you cannot beat the level unless you clear some of the icing, as new candies cannot come into the level. Now this level has been buffed, there is a chocolate spawner on the left side of the screen. If the chocolate created is allowed to spread, it may hinder plans to create special candies or combinations. However, there are five colors, thus making the goal completion easier. The player is required to score at least 800 points per move.

Here are the cheats and tips on how to beat Candy Crush level 613: